So, I am getting a hair better with the frequency of posting on here (look, it's been just shy of two years as oppose to three!). I also thought about canning this site and maybe setting up another via tumblr or whatever the easiest independent DIY website platform is, but the archive of posts on here reaches all the way back to 2012. I wasn't ready to give that up even though who I was and what I was doing with this project is a lot different than how I feel about it now. It's almost unrecognizable in my mind.
The whole world is changing, it's slow churn is palpable, shuddering our walls and creaking under our feet. A global pandemic coupled with the lightning-charged focus on ferreting out and destroying broken systems which thrive in deathly capitalism and racism. It's an intense volatile cocktail. It feels like something monumental is on the horizon. Times like these, it's difficult to focus on making music, making art. The world just seems too big, crying out for attention and our actions. Sitting in your room strumming an A chord or dialing in some string patch on a synthesizer is not what's important right now.
For those who follow me on social media, you can probably attest that I do not post a lot in general but in these current times I have felt compelled to post even less and relinquish what little space I occupy to more relevant important causes. This a pretty good list of them, with People's Breakfast Oakland being another one I would want to add. I also do not feel as though I can appropriately speak on the civil unrest with which the streets are heavy with. Being a person of mixed race (half white, half latinx), I still believe I am light years away from understanding what the immigrant experience is (specifically non-white immigrants) and especially of course the black experience. I feel great empathy for those two types of people in the United States. It is plain as day that the cards are stacked against them and in fact the system in which the U.S. operates wants to exploit them then stomp out their existence. I cannot even imagine what it is like to deal with that every single day of your life for decades and decades. It makes perfect sense that this rage and anguish would bubble up and explode onto the world, as we are witnessing now. It is long overdue.
See, here I go, it seems hollow and shallow to now write on the goings on with my music. Almost with perfect timing, leading up to California's Shelter-In-Place order, Ssleeping Desiress was on an exciting foreseeable trajectory. We had a small So-Cal tour slated for end of March and first week of April 2020; highlights at Part Time Punks in Los Angeles with Automelodi and a slot up in Portland for Out From The Shadows Festival. We also had shows in the works until June and a radio feature on KDVS, UC Davis' college station. All that got crumpled up and thrown into the waste bin. I do not lament it at all. What displaced it was way bigger than this, I completely understood. The only thing that made it through all this collapse was the 2nd record: "Exile House" via Onderstroom Records again. It came out here in the States mid April. The music on this record are more deliberate songs as oppose to ideas and experiments that have the feel of songs. I started writing using a guitar, trying not to play into a specific genre. It was the parameters I set for myself harkening back to my previous post: dispense with clunky cliche identifiers and only try to execute strong ideas. I think it was more success than failure but I will let you be the judge of that.
In terms of where I go from here...I have a lot of time on my hands. I'm trying to stay sane while writing a new collection of songs. I am deliberately not fretting over them as much as I did with older material but still, I want to present them as best they can. Hopefully I can catch one of Bandcamp's fee-waive days as I have a ton of demos but nothing ready to share yet. I hope soon so please stay tuned. Thank you for reading.
Posted by SSLEEPING DESIRESS at 8:43 PM No comments:

Does anyone still use Blogspot for their projects? Or even look at it anymore? I still find it pretty handy but it seems to me that it has become another dusty relic of the internet, hitting that scrap pile atop Friendster, Myspace etal.

I was compelled to write something because it has been almost three years since I posted here. Ssleeping Desiress has not died but it has been reduced to a crawl.
I am the only person creating as of now, and it has been this way for over a year, going on two. I have always been the driving force but I am no longer collaborating. It's strange, and lonely and interesting, stifling yet wildly exciting. The only limitation is yourself and your creativity which is a position I have never found myself in, predominantly because I never really gave it much thought. That is: my voice, my prerogative, what am I trying to convey, my vision, all that important stuff that makes creating art rewarding and interesting. My general ideas could always be couched between my collaborator's ideas and poor recreations of check points of the past; things that I enjoy that I wish I had been involved in but history's timeline was not in my favor.
I was good at some things which I leaned on pretty heavy (getting legitimate sounding atmospheres and vibes out of shitty equipment) and totally ignored getting better at the things I was deficient in (hello writing lyrics!).
The chickens have come home to roost on all that as I found myself still compelled to write and record and create but have made the decision to ditch my creative crutches. The process has been frustrating and given me loads more anxiety while providing these rare momentary glimmers that I continue to chase and try to find again.

After investing in some better quality equipment, I got the bug. My way of making due with what I had largely because of my economic state was no longer viable to me. I couldn't make shit that way anymore and be satisfied. So I stopped trying to pace other, what I would consider contemporaries and take a step back. I relinquished the idea of trying to put out another record for a time (you can still get the first one here) and just focussed on building songs, quality songs, not songs that had a gimmick or were so heavy handed in their influences that they would garner some attention, but overall would be forgotten or live on their own only as a shallow copy of well worn territory.
The process has been glacial. I made the decision to do this on my own again. I had no jams or scraps to work off of. Sitting alone, playing something and then getting a framework, recording that and then recording the other instrumentation: bass, synths, programming drums, multi-tracking guitars and running the session on my own and then sitting down and writing lyrics and trying to get good takes. This is all done in a bubble. No one to bounce ideas off of. Some ideas just never amounting to much. It's scary but when it clicks, and you can feel it, just under your skin, in your chest, it is exhilarating. That's how "Can You Hear Me?" came about. After that the declaration was made: No more insincere goth posturing. No more cold hands or darkness and black nights, no more curtains or veils or trees or oceans or cries in the night, clasping, touching, breathing, blades and beads, candles, no more fogs and darkness no more shadows. None of that just for the sake of dialing in some vague amalgamation of an aesthetic.  We've all been given the cheat sheet. This is just me, sincere and exposed.

I promise there will be more songs, for those few whom the idea of that still even passes across your brains, it will happen, sooner than later. Please continue your steadfast patience. Thanks for reading.
Posted by SSLEEPING DESIRESS at 8:47 PM 1 comment:

A mix I did for Secret Thirteen up today. Listen here 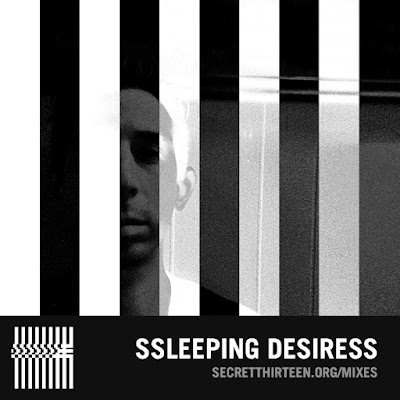 A month ago I published "Doves Above" on my soundcloud as the introduction to a new batch of songs that will be available at some point soon, most likely through my Bandcamp. Here it is a month later with number two: "Slums". Enjoy 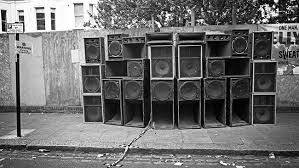 I posted a new track online at my soundcloud, listen to it here. This is a preview of a new set of songs I've been working on since about February. I had to uproot again, lost a member (nothing but love to Brett Whitman!) reconfigure gear, and do it in a new space. I'm dying to tour but have to re establish that level of quality with a new person, or hopefully people. In the meantime, please enjoy. 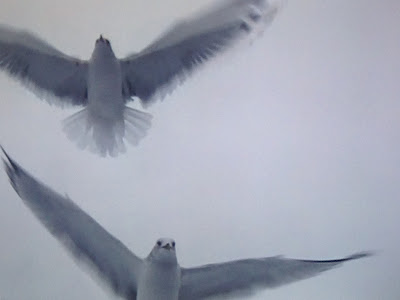 Interview via Everything Is Chemical 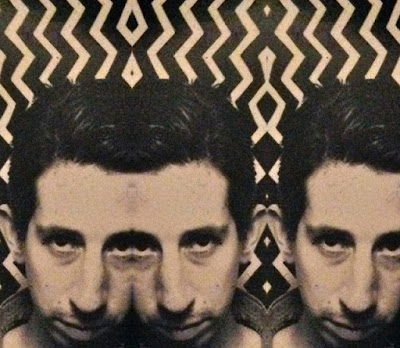 Onderstroom Records is releasing my debut full length at the end of April, limited to 300 copies. Pre orders are available now. You can listen to a new track here. I will also have copies soon, and it will be made for digital download on iTunes. I'm very excited for it and have to give a shout to everybody that has been supportive, especially over the past two years, either as inspiration or for their patient hands on role in the record. Thank you all. 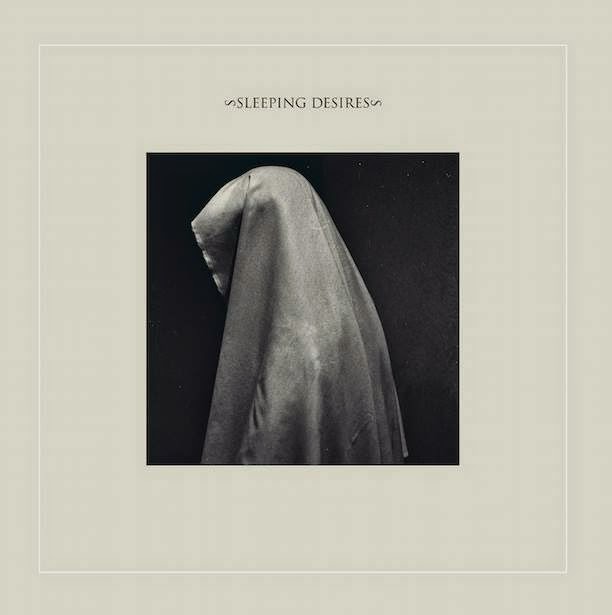 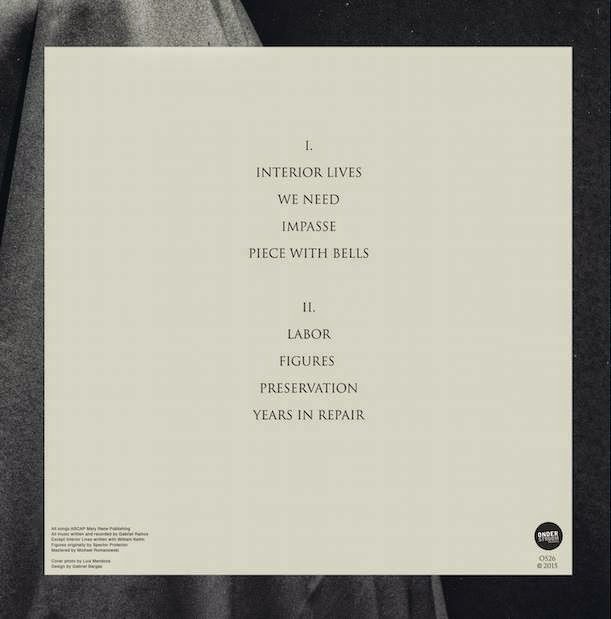 SSLEEPING DESIRESS
I started this project in 2006 while living in Portland, Oregon. Since then it has gone through a number of name and personnel changes; the final title decided upon in 2008 while going through a long spell of insomnia.